Enthusiasm for the effectiveness of regional cooperation across national borders, many ideas for the participation of young people in political decision-making processes and a common interest in strengthening Europe – these were the hallmarks of an online conference on April 29, initiated by the German Delegation to the Congress of the Council of Europe and Sören Schumacher, Member of the State Parliament of the Free and Hanseatic City of Hamburg and Head of the German Delegation.

More than 50 participants from several of the 47 countries represented in the Council of Europe took the opportunity to learn about the work of the Baltic Sea Parliamentary Conference (BSPC) and about projects of the youth delegates in the Congress of the Council of Europe. This was made possible by the participation of highly competent speakers. The projects centered specifically on issues related to the use of digital media for youth participation.

The BSPC was presented by its Secretary General, Bodo Bahr, as an example of successful and effective regional cooperation. The most important instruments of this body, which was founded in 1991 and to which all countries bordering the Baltic Sea and Iceland belong, are its resolutions, which are adopted annually and then submitted to the national parliaments. The Chairwoman of the BSPC Working Group on Climate Change and Biodiversity (CCB), Cecilie Tenfjord-Toftby, considered the principle of unanimity as useful since it forced members to figure out what unites them, to find the „glue that unites us all.“ The conversations in the BSPC, she said, were characterized by openness and an interest in learning from each other. The point, Ms Tenfjord-Toftby continued, was to define problems as common ones and then make them an issue in the national parliaments. In this process it was of vital importance to find exemplary projects that can be presented there.

Johannes Schraps, Vice-President of the BSPC and Member of the German Bundestag, and Liz Mattsson, Vice-Chairwoman of the BSPC Working Group CCB, Member of the Parliament of the Autonomous Region of Åland, pointed out two other important aspects of the work of the Baltic Sea Parliamentary Conference. Liz Mattsson stated that it was particularly important for such a small region as Åland – an archipelago in the southern Gulf of Bothnia, located about halfway between Sweden and Finland – to belong to a larger, international organization through membership in the BSPC. This was especially vital in view of the major challenges posed by climate change. Johannes Schraps explained the importance of personal contacts for international cooperation. Therefore, informal discussions and informal get-togethers on the fringes of conferences were indispensable.

In the discussion it became clear that young people are already integrated into the work of the BSPC. Its youth delegates work out proposals that are integrated into the resolutions. Cecilie Tenfjord-Toftby also announced that a permanent youth organization was about to be established within the BSPC. Proposals would be presented shortly. She said the BSPC wanted to have as much contact as possible with young people and its aim was to build bridges not only between countries but also between generations.

In the second part of the event, highly competent and committed youth delegates of the Congress of the Council of Europe presented two projects aimed at enabling and promoting the participation of young people in political decision-making processes using digital technology. This part was skillfully moderated by the German youth delegate Alina Wenger.

On the one hand, there was a study with the participation of the Youth Department of the Council of Europe, which looked into the use of digital media to promote youth participation. It became clear that this task was being worked on at many levels and that young people could build bridges to digitalization. Many solutions were being tested and it turned out that not every one was equally suitable everywhere.

Secondly, a project in Geneva was presented as a best practice example. Its aim was to motivate young people to propose suggestions for improving and changing their living environment, and then to work with politicians on the implementation of the ideas that had been adopted. The first phase – the collection of ideas – was carried out digitally. However, according to speaker Léa Hatt, the implementation phase requires personal contacts. At the same time, she said, this project showed that the process of involving young people in political decision-making was best achieved by starting at the local level and not relying on social media alone, but also involving other organizations.

According to the youth delegates participating in the conference, what should the Council of Europe Congress work towards? In Gianluca Rossino‘s opinion, more services should be brought online and investment in digital infrastructure should be increased. Moreover, processes aimed at listening to young people should be implemented, such as online focus groups. It was also important to keep the processes open, not to plan everything completely in advance, he added.

Léa Hatt advocated using the digital participation tools that already exist. These had to be made accessible at a low threshold. In addition, she pointed out, there was a need to invest in digital literacy. And finally, she would like to see better online presences and more effective digital communication at the local, municipal levels.

In their closing remarks, both Bernd Vöhringer, President of the Congressional Chamber of Municipalities, and Bodo Bahr advocated involving young people in decision-making processes at all levels of politics, also using digital technology. According to Bernd Vöhringer, this improves the democratic process. He assured that the results of the conference will be incorporated into the work of the Congress and thanked the young participants for their work and commitment.

At the end of the conference, the organizers and the participants received a special honor. The President of the BSPC, Pyry Niemi, took advantage of a break in the session of the Swedish Parliament, of which he is a member, for a greeting. He thanked the conference organizers and briefly presented the four pillars of the Swedish presidency of the BSPC. These include new forms of political engagement with a focus on young people and civil society, and democracy in a changing media landscape – topics, in other words, that tie in seamlessly with the themes of the online conference.

In his closing remarks, Sören Schumacher thanked the speakers, participants and everyone involved in organizing the event. He assured that the German delegation would bring the results into the work of the Congress. 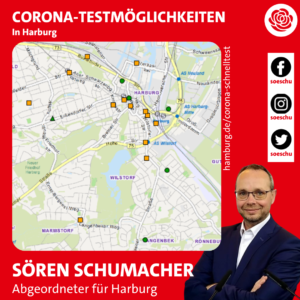 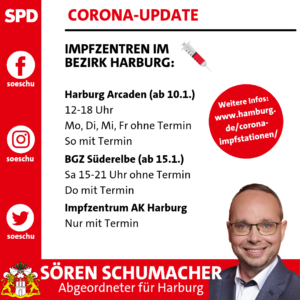